The Buganda Royal Tourism Circuit is a cultural as well as historical trail in Kampala City that has been launched by the Buganda Heritage & Tourism Board, a body responsible for tourism development in the Buganda Kingdom. Buganda is the gateway to Uganda and Buganda gave Uganda her name. When you fly into Uganda, you arrive through Buganda and therefore before continuing on your trip to trip in Uganda, a tour of this circuit will introduce you to the history and culture of Buganda and Uganda. You can include the circuit or part of it on a Kampala City tour.

The circuit revolves around the location of what are/were the core administration units of the 1000 year Buganda kingdom; which is the Kabaka’s palace where the kabaka (kabaka is the title given the king of Buganda) resided, the Bulange building which houses the Lukiiko – the parliament of the Buganda kingdom, and the residence of the Katikiro (Butikiro) i.e. the prime minister. Residences of other then powerful agents or call them ministers of Kabaka are still intact and preserve a rich history of Buganda and Uganda.

The tour along the circuit gives you an opportunity to delve into the impeccable organization structure (political and cultural) of the Buganda kingdom. It is little wonder that the colonial British were blown away by a political organization so well structured & organized and somewhat similar to theirs, a grassroot based system, that Uganda was not declared a colony like their many other countries. It was declared a protectorate and the Buganda kingdom’s structures were used by the British to govern and conquer the rest of Uganda.

You walking tour of the Buganda Royal Tourism Circuit will take you to the following sites: 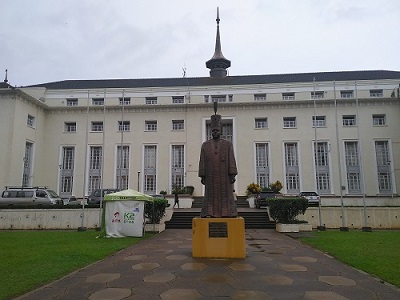 The walk starts at Bulange. Bulange houses the Lukiiko which is the parliament of the Buganda, and the Kabaka’s work place.

In the compound of Bulange building is a small souvenir shop that has been named the “cultural corner”. The cultural corner has an array of traditional items that were used back in the day before modernity in the day to day lives of the people such as omweso, bark cloth, local drums, etc… 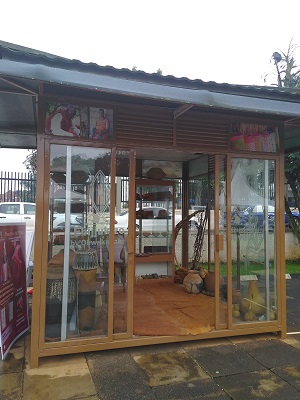 The Royal Mile and the clans of Buganda 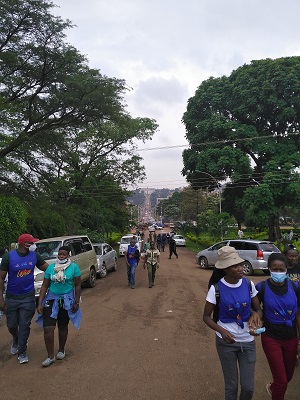 After exiting Bulange you will set out to walk the 1 mile to the Palace just like the Kabaka’s used to do back in the day.

This 1 mile walk on the royal mile is a very interesting journey through Buganda history and culture that you will learn; the mile is lined by 56 trees (kabaka anjagala) which represent the 56 clans of Buganda. Buganda kingdom is a clan-based society. You will learn about the different clans and their different roles in the Kingdom as well as their totems. 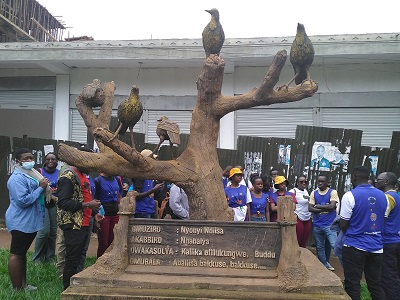 Along the mile are also important houses or buildings that date back since the 1800s, one such includes the first storied building in Uganda, Butikiro which was the official residence of the Katikiro (prime minister) etc…

Ntawetwa – the King does not bend 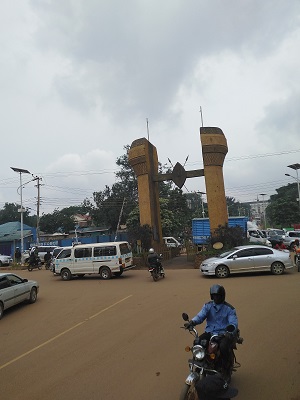 Ntawetwa is a roundabout at a junction along the Royal mile which was modified with a continuous passage of the royal mile through the round-about with a gate that is only opened for the Kabaka. This was done so that the Kabaka does not go round the roundabout since he is not supposed to face any obstacle on his way from the palace to bulange and back. It is a very interesting structure on the royal mile. 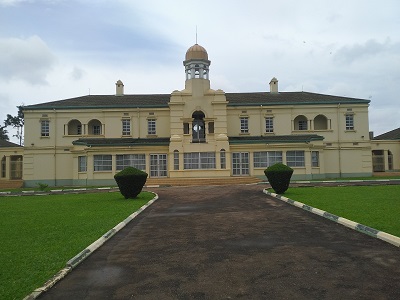 You will eventually arrive at the elegant Kabaka’s Palace on Mengo hill.

The Kabaka’s Palace was the official residence of the king of Buganda. The Palace gate is exactly 1 mile from the Bulange gate.

You will learn how the palace came to be built on this hill and who were the original occupants of this hill.

Take in the beautiful architecture and walk around the royal grounds. A wreckage of one the Kabaka Mutesa’s cars a Daimler is on display in the compound.

The palace is well situated on Mengo hill that commands 360 degree views over Kampala City. It is not hard to see why the then Kabaka decided to move the palace here. And also probably why the hill was victim of military contestations by previous military governments who raided the palace and captured the hill that provides fire superiority over all Kampala. 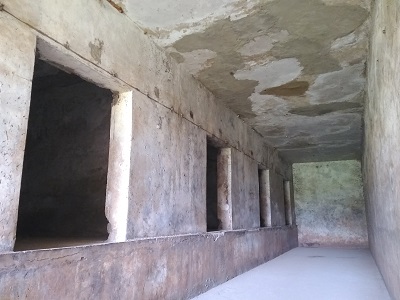 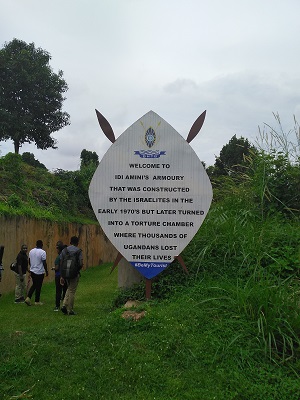 Inside the Palace is the infamous torture chamber where Amin brought political victims and suspected rebels for interrogation and execution.

When Amin took over the palace and turned it into a military post in the 1970’s he invited the Israels to build him an armory which they did.

After a few months he turned it into an interrogation and torture chamber where it is believe more than then thousand victims faced their death. 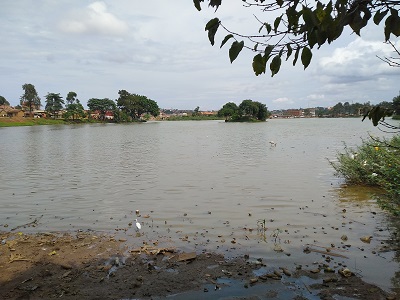 The Kabaka’s lake is one of the few known man-made lakes in the world. And what is even more special is that it was dug with rudimentary digging tools.

The lake was made by the youthful Kabaka Mwanga who wanted a channel of water from the palace connecting to Lake Victoria which he enjoyed visiting. The channel would serve for recreation but also a route for easy escape via Lake Victoria in case the palace was to be attacked. 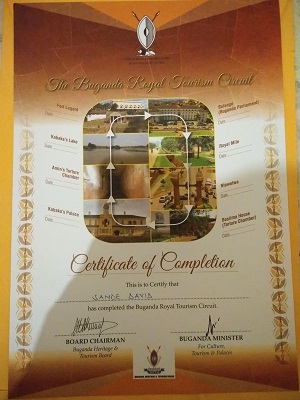